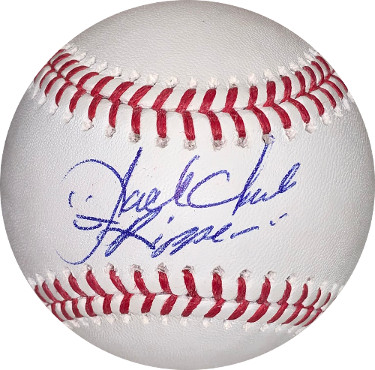 Jack Clark, also known as "Jack the Ripper" is a former Major League Baseball player. During his prime, Clark was one of the most feared right-handed hitters in the National League, winning the Silver Slugger Award in 1985 and 1987. A four-time All-Star In an 18-season career, Clark was a .267 hitter with 340 home runs and 1180 RBI in 1994 games. He also collected 1118 runs, 332 doubles, 77 stolen bases, and 1826 hits in 6847 at-bats. He batted and threw right-handed. Jack Clark has hand signed this Official Major League Baseball with Ripper inscription. JSA Witnessed Hologram and Certificate of Authenticity.